For decades officials were aware of water contamination on U.S. Marine Corps Base Camp Lejeune, North Carolina, but never addressed the problem. From 1953 to 1987, those who lived, worked, or otherwise spent time on the base, cooked with, bathed in, and drank the contaminated water to their peril. 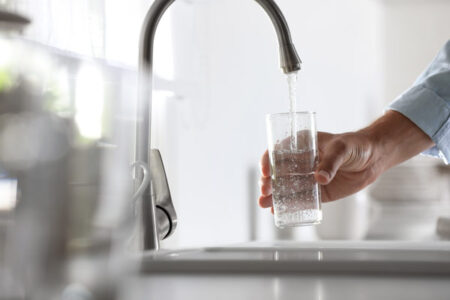 In 1982 the United States Marine Corps discovered Volatile Organic Compounds (VOC) in the drinking water sourced by 2 of 8 water treatment plants at Camp Lejeune. Between 1953 and 1987, traces of PCE (perchloroethylene), TCE (trichloroethylene), Benzene and Vinyl Chloride were found in drinking water that has since been identified by the Federal Government as exceeding the current EPA maximum contamination levels by hundreds of times. The two water treatment plants are Hadnot Point and Tarawa Terrace.

Studies have shown that water contamination at Camp Lejeune has been linked to these injuries:

The most contaminated wells were shut down in February of 1985.

Additional injuries that may be linked to the water contamination are:

Although it isn’t possible to file a claim at this stage, we are attempting to change that by encouraging our legislators to pass legislation in the United States House of Representatives and the United States Senate. If the proposed bill is adopted into law, Marines, Seabees, and their family members, as well as civilians and government contractors who were on the base for 30 days or more between 1953 and 1987 may be eligible to receive financial compensation if they are afflicted with one of the diseases listed above.

Join us in our effort to pass this important legislation. There are possible Congressional Hearings that will be scheduled this year and the testimonies of those injured, or anyone who has a loved one who’s been injured or has died from this exposure, could be helpful to passing the legislation.

We invite you to contact us for a free evaluation as to whether you may qualify for compensation under the proposed law, using our secure online form, or call us at 1-800-800-1102.

The Nations Law Firm, established in 1971, is a Veteran-owned business. Howard Nations is a Veteran of the United States Army, having served as a Russian linguist in Military Intelligence in Korea.